I was recently searching for a file on my computer, I came across a TV Airtime estimate for one of our healthcare provider clients from several years back. 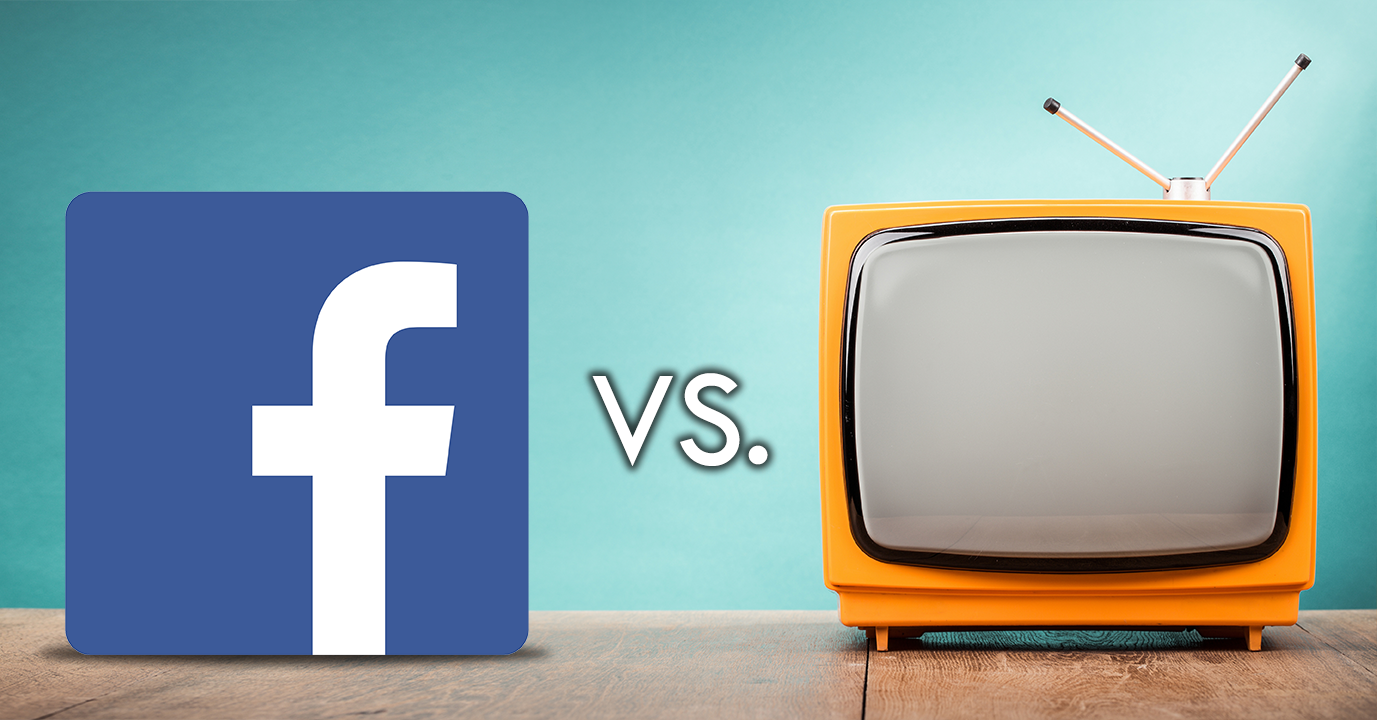 Years ago, Gravity Digital would have been described as a "full-service agency". We managed print, television, and radio advertising in addition to websites and online marketing. During that time, we produced a lot of TV commercials and purchased many thousands of dollars of airtime for our clients. One of our campaigns even won an ADDY Award.

I realized how much things have changed in just a few, short years, and thought it would be interesting to take a look at a comparison between TV Commercials and Facebook Video Ads. TV Commercials are still in play, and they seem to lend a certain about of credibility to a local business, while Facebook has changed the game and allows anyone with a smartphone to become a producer, director, and media buyer.

Are they both right for local businesses?

The most interesting area for comparison is Targeting. Most people probably don’t realize there are a few levers you can pull for targeting on television – IF – you know what’s available. And if you’ve been on Facebook very long, you’ve seen some ads for brands and products in your newsfeed that are right up your alley and felt there was some advertising voodoo going on behind the scenes.

To target a specific audience on television, there are a few things you need to know. The key to targeting on television is pulling the right levers to layer these factors on top of each other.

Geography: We always preferred to focus our efforts on cable networks and channels. The four major networks (ABC, CBS, NBC, and FOX) typically broadcast over the air to entire cities, while cable providers divide cities into smaller zones. This is a big deal for local businesses! It puts you in the driver’s seat geographically and helps reduce waste.

Here’s an example from the Houston market. The green area represents a cable zone while the broadcast stations reach nearly the entire map: 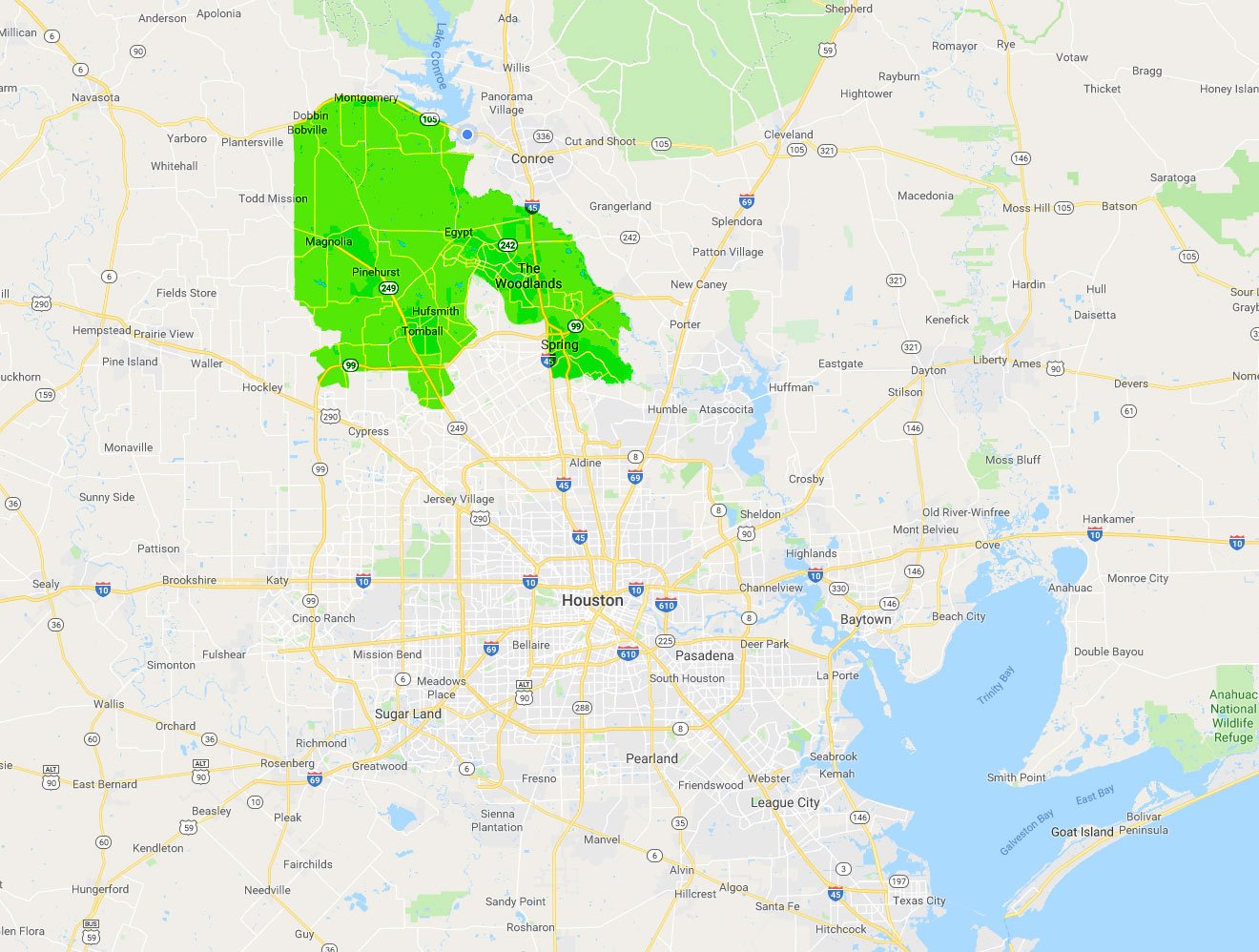 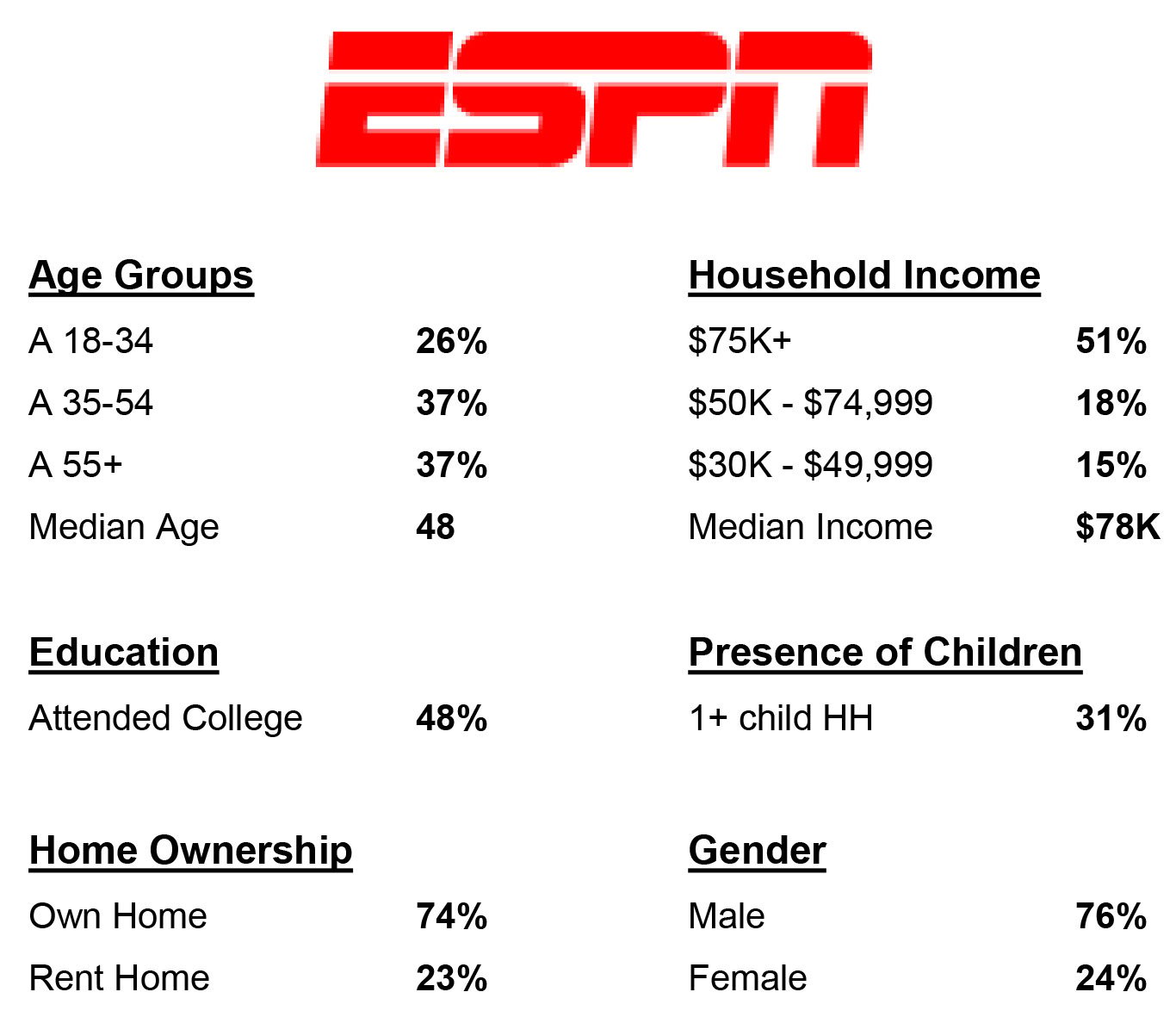 Programming or Time of Day: The final layer would be the time of day or specific programs on the networks. Here’s an example from a CrossFit gym we worked with and each lever we pulled:

Facebook has television beat when it comes to targeting for a number of reasons, but it all boils down to the data they have on each user and the granularity it allows advertisers.

Geography:  Like cable TV, Facebook also allows targeting geographically, but offers more control. Not only can advertisers target people in an area currently, but also people who have been to an area in the past.

Advanced Targeting:  Finally, Facebook allows advertisers to choose the behaviors and interests of users. You can run ads to very specific, and often motivated, segments of your larger audience with unique messages. Again, because of the amount of data available, advertisers can leverage data from the Facebook platform itself, but also websites, customer lists, video views, etc.

Unless a campaign is focused 100% on branding, the goal of advertising is to get the audience to take a ‘next step’. When it comes to a Call to Action, the difference between TV Commercials and Facebook Video Ads comes down to something we call friction.

There is no shortage of next steps advertisers can ASK the audience to take, but none of those actions can be completed on the platform itself – TV is not interactive. Having the viewer make a phone call or visit a website requires effort, and this creates friction.

Facebook lends itself to a variety of Calls to Action because it is interactive. Here is a break down of how we leverage the platform:

As advertisers, measurement is key to gauging the success of ad campaigns and allow us to make adjustments and guide future strategic decisions.

Measuring the effectiveness of TV commercials was always difficult for us. We used several strategies to gauge performance.

Measurement always felt “clunky” and quantifying results with the client was difficult. Technology is changing, and expect Smart TV’s and digital providers like Netflix, Hulu, YouTube TV, and others to bring new measurement options to television.

Where to start... if there is something you want to measure when it comes to Facebook Video Ads, it can probably be done.

First, let’s start with the videos themselves:

These statistics give you a great idea of how the video and content itself is performing, but we can also look at what these videos are leading to:

To walk this out a little further, an advertiser can track the Cost-per-Action (sometimes called Cost-per-Acquisition) on campaigns. Imagine knowing how much it cost to acquire a new patient or customer online and being able to scale a practice or business!

As we look at REACH, we're not talking about gross numbers of people reached, but reaching people at various stages of the buying process. At Gravity Digital, we've distilled patient acquisition into 8 stages that we call the Patient Value Journey.

When looking at the Patient Value Journey, TV Commercials are best utilized at the AWARE stage – creating awareness of your practice. It is difficult to move someone into ENGAGE with television. When it comes to TV Commercials, think branding.

We can map Facebook Video Ads to several stages of the Patient Value Journey because of their advanced tools for advertisers.

Facebook knows which ads your audience has seen and interacted with along with the actions they’ve taken on your website.  This allows us to move a prospective patient through this journey by serving videos and ads most relevant to where they are and their needs.

There are two types of costs when it comes to Television Commercials and Facebook Video Ads:  Production and Ad Spend.

Production: TV Commercials, even local commercials, usually have steep production costs. They require a production company and usually concept/creative development, writing, editing, music license, and talent. The cost can vary, but it’s typically several thousand dollars on the low end. If the concept flops or is ineffective, the process starts over again.

Ad Spend: While minimum buys are usually involved, the cost of the airtime itself surprises many people. Individually, the cost can start at just a few dollars for lower-tiered networks during off-peak hours. Expect to spend a several thousand dollars a month to complete a full TV Commercial schedule.

Production: How about free? Whereas TV Commercials usually involve a production company, a Facebook Video Ad can be handled completely by a smartphone. If the video flops, it requires very little time or energy to replace it. If you do want to bring in some outside help, the costs are generally lower than producing a broadcast-quality TV Commercial.

Ad Spend: Facebook campaigns start as low as $5, and this has quite literally changed the game. This allows advertisers to dip their toe in for the first time, or test and swap out messages and creative frequently.

One thing to point out when it comes to costs and video length. While TV Commercials are usually 30-seconds, there are few requirements when it comes to Facebook Video Ads. Looking at some of our recent campaigns within chiropractic marketing, we see clients paying about 14¢ for a 30-second view.

Even more interesting, some of these video ads average over two minutes and we see many 100% Views. When all of the aspects of Facebook Video Ads are leveraged, we're seeing viewers watch the equivalent of 4 commercials in a row for chiropractors and medical practices for just 37¢ each!

Traditional TV Commercials still work when it comes to creating awareness and branding – just one stage of the Patient Value Journey. With DVRs and digital providers like Netflix, Hulu, and Sling, the reach of these commercials is declining and that’s why we choose to leverage Facebook Video Ads for our health and wellness provider clients.

About the Author Casey O'Quinn

Casey founded Gravity Digital in 2000 after serving as the Internet Services Director for a Nashville-based Ad Agency. He's a rare breed that operates both left and right brain, so along with oversight of the company he's active in the creative process for our clients.