Wisdom from "Things a Little Bird Told Me: Confessions of the Creative Mind"

I just (finally) read "Things a Little Bird Told Me: Confessions of the Creative Mind" by Biz Stone.

I loved it. I closed the book about a week ago and the major insight that is staying with me is the way that Biz defines his life's work: helping people via something he is good at. 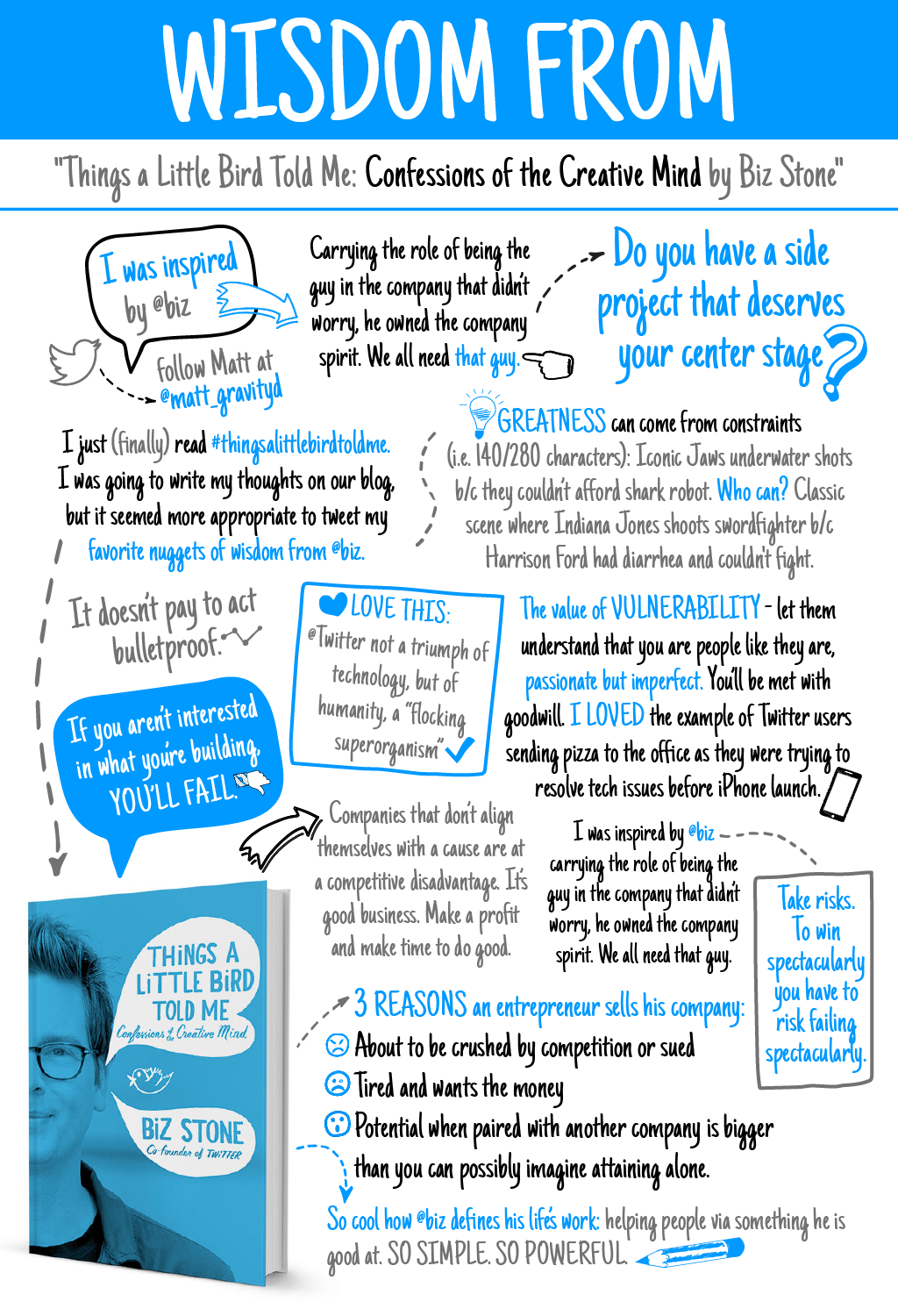