Why aren't my Facebook posts appearing in news feeds? 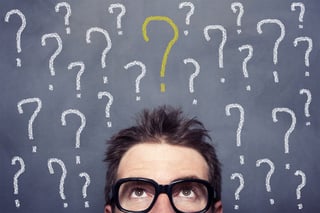 What’s Getting the Axe

In their announcement, Facebook said they are pushing down the priority of posts that “feel too promotional.” Anything that directly pushes a product or service, posts that push entries and signups, and any posts that use the exact same content as a paid ad are all getting the boot. For marketers, this signals the end of unlimited free communications with customers on this social media outlet.

The Reasoning Behind the Change

Facebook’s official reason for the change is to give its users a better experience. They cite user surveys and say that people want to see less promotional content. After a little more research, they discovered that it was not necessarily the paid advertisements that users were objecting to. Instead, their complaints referred to promotional posts from pages they liked and followed.

A few skeptics do not think that the changes are quite as altruistic as Facebook makes it seem. They see the change as a way for Facebook to push paid advertisements and boosted posts as one of the only ways for businesses to get their content in front of users. Whether this was their real motivation or not, the result will certainly be more revenue from marketers and advertisers.

Regardless of Facebook’s motives, the many changes of Facebook’s algorithms over the last couple years have decidedly changed the landscape for both users and businesses. Individual users now have more control over what they see and can choose to silence some people while amplifying others. Businesses, however, have less control over what their followers see unless they kick in a little cash.

The bottom line is that businesses are going to have a more difficult time getting into the news feeds of their followers. Companies that track the organic reach of their posts are still finding a drop in views, but many are still managing to reach a large percentage of their audiences with the right combination of useful, organic content and well-targeted paid promotions. The secret to Facebook success seems to be a change of mindset. When marketers stop using Facebook primarily to sell more products and start using it to make more people like and trust the brand itself, they will have better success breaking through the algorithms.