The rules are different for a business page than they are for a personal profile. In general, visibility is much more restricted for a business. In fact, Facebook has limited organic reach for pages. That was a tough blow several years ago. The algorithm changed and we all had to figure out how to overcome it. And for B2B, it’s always been a struggle to build an organic audience on Facebook. 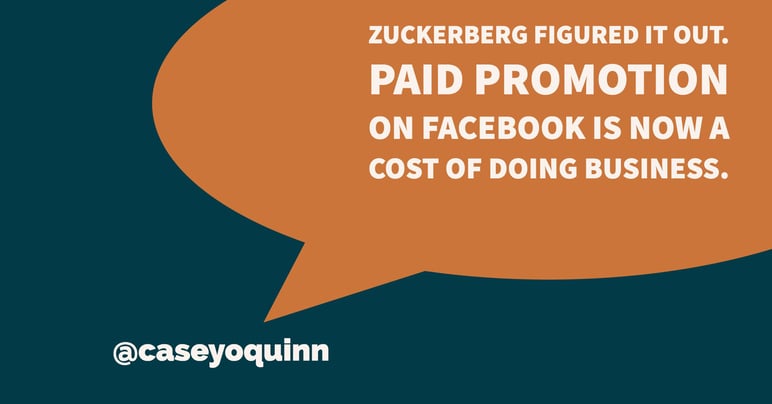 We were all getting a lot of great free advertising, but Facebook got wise, so now we must pay for it. It’s simply become a cost of doing business.

For those in B2C healthcare marketing, like clinics or medical groups, directly targeting patients is (fairly) straightforward. Most of us need a healthcare provider at some point in our lives, so we’re all eligible to receive general marketing messages. Just pick your region. You could obviously narrow down your demographic for certain specialties, but the provider to patient side of targeting is much easier than trying to reach a specific job role within a certain type of company for B2B. 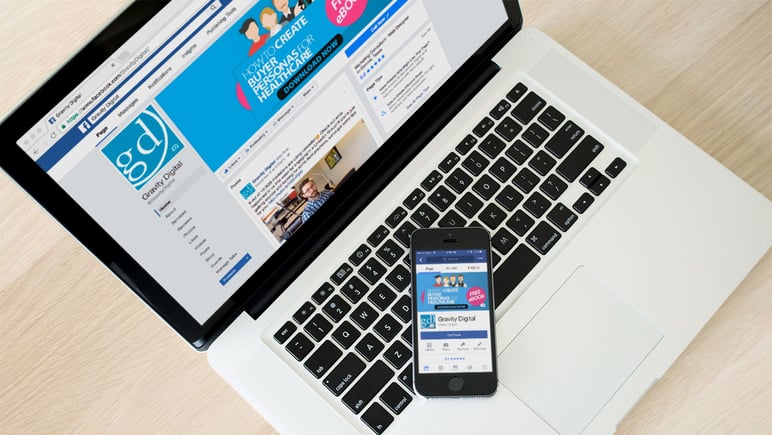 If you are a B2B healthcare marketer and your main buyer persona is an executive who's been in the industry for 40 years, it could be true that he’s not all that engaged on Facebook, but that does not mean that you can’t target him effectively. The reason is that your executive likely has at least one influencer, or probably several, who are engaged daily on Facebook.

Facebook’s targeting is incredible. Did you know that you can target employees of a specific company? This means that even though you may not be able to put Facebook ads in front of your target CEO directly, you CAN put ads in front of his employees and influencers that say, “Does your CEO know that [insert marketing message]?" The good news for marketers is that social media was created for sharing. Wouldn’t you love to have your target CEO receive an email from someone he knows personally that links to your content and a note that says "Hey, boss. Thought you might like this." That’s not just a win for your business, it’s a win for the influencer as well. Everyone likes to get points with their boss and to bring value to the table. This allows the influencer to seem knowledgeable, and seem like they're looking out for their business. 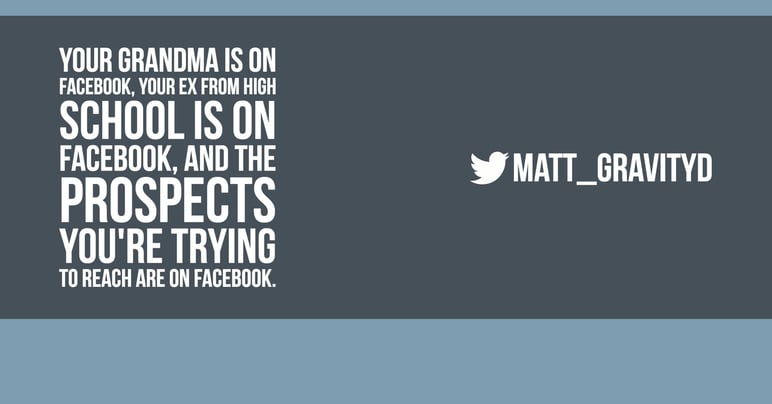 When you've had visitors to your website, maybe to a specific page for a specific product, or service that you offer, you can retarget those people by serving them ads on Facebook. It’s a great way to stay in front of someone who has already expressed interest in your business and it’s very cost effective. It is also possible to put specific rules in place so that the ads your visitor sees are directly related to pages they visited (or didn’t visit).

I promise we aren’t paid by Facebook to say this, but it is THE no-brainer in marketing right now. The costs are so low and the targeting is so good, and EVERYONE is using it. We expect costs to rise dramatically in the future, so it’s very likely that we won’t be the raving fans we are now in a year or two.

As a marketer, you probably realize that video is growing. This is especially evident on Facebook. Have you noticed how much video content is in your newsfeed lately?

Video can generate 8X the reach and 12X the shares compared to other types of posts. If you can start creating video content and promoting it on Facebook, then you can get ahead of the game. It will likely be much more expensive in the next few years, so the sooner the better.

Facebook Live was released in 2015 and Facebook continues to put a lot of emphasis on it. The trick is, you must create a live video and you need to be prepared to be keep it going for a while. Facebook helps you build an audience by alerting followers that you are live. Plan on being live for at least several minutes.

Don't forget to connect with us on social media!