Our Journey from Traditional to Inbound and Agile Marketing 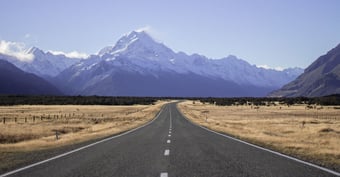 At heart, the Gravity Digital team are creatives. We were drawn into marketing and advertising by the desire to make things that people enjoy. In 2000, Casey O’Quinn began the company by making hand-crafted websites with custom functionality for each client. From there, Gravity extended its creative reach into print advertising, television and radio commercials, and online (mostly visual) content. It wasn’t long before we had labeled ourselves as a “full-service creative shop.”

Although we were producing top-notch creative work, we began to see a problem lurking under the surface. It was difficult to develop a cohesive strategy and identify what success looked like for each client. Even though we were all happy aesthetically, we had a desire to prove ROI for our clients. And while Gravity Digital had several long-term relationships, we were essentially doing independent, project-based work that was not tied together in a way that would allow us to identify what was working and build on it. We knew we could do better.

So, in 2013 we did two things. First, we made a concerted effort to track the results for all our marketing initiatives. Once we identified what was actually working, we realized that our clients saw the most value from specific marketing efforts while others were hard to track and overpriced. By mid-2013 we had dropped almost all services that were not online, and it hurt a little… We really like making TV commercials! The second thing we did was make a switch from project-based work to retainer-based work. We were initially nervous that our existing clients wouldn’t like the switch, but we were pleasantly surprised to find that the opposite was true. They appreciated the more strategic view of marketing that working from a retainer allows.

As we began to get into the routine of trying to prove ROI, there were three metrics we knew we would need to focus on. They became our Mantra: Traffic, Leads, and Sales. In our research on consumer and marketing trends, we frequently read about Inbound Marketing. Everything we learned about inbound marketing struck a chord. Buyer Personas. The Buyers Journey. Marketing Automation. By the end of 2015 Gravity Digital had transformed from traditional ad-based agency to an inbound agency.

In 2016, we were feeling good about the future. Inbound marketing was working, and we were tracking ROI for our clients. There was, however, one more “traditional” element of our agency that we wanted to change. It was the way that our retainers were structured and our marketing tasks were managed. Traditionally, we were signing new clients on for relatively long-term retainers of 6 months to a year. We were establishing goals and determining which activities were necessary to meet those goals at the very beginning of a relationship with a client... at a time when we knew and understood the least about the client and their business. Sounds reasonable, right? We were establishing contractual marketing activities not knowing what was going to happen in the market in the coming months.

Enter the Agile Methodology and Growth Driven Design. Agile Marketing is an iterative approach to marketing that lets us keep long term goals in front of us, but change our approach to those goals based on data that is accumulated during short 1-4 week “sprints”. Growth Driven Design is similar but applied to website development. Rather than overhauling a website every couple of years, we constantly gather data and allow the site visitors to tell us how to alter the experience and content on a regular basis. We fully implemented both practices and our clients have been enjoying the more flexible structure.

In late 2016, we looked up and realized that we were built to service a specific niche – healthcare marketing. Our marketing director came to us from an administrative position at a 958-bed hospital, our top media mind was the media director at a 412-bed hospital, our writer had an MBA in Healthcare Management and over 10 years of experience in the industry.

Today, about half of our current client roster is in healthcare, and we are leaning in that direction as we are generating some really exciting results in that space. Like marketing, Gravity Digital is constantly evolving. We will continue to adapt to changing technology and consumer behaviors. We’re also excited about bringing fresh ideas and talent into the team.