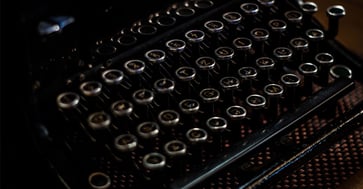 When the internet was only a twinkle in Robert Kahn’s eye, marketing was limited to buying, sales, and advertising. As the digital world evolved, it became a more multidisciplinary field, with each discipline managed by talented craftsmen. Compelling content has become one of the most critical aspects of your campaign. You wouldn’t hire a dentist for brain surgery, and you shouldn’t hire a marketing manager to produce your content.

Lead generation is what content marketing does best. It’s the foremost strategy for generating and retaining leads, yet only 30% of marketers see their content marketing as effective. If your website isn’t generating online chatter, you're existing in a false economy, where your marketing costs more than it’s worth. Content's importance has risen because:

In the past, lead generation was a numbers game. The more contacts you made, the higher your conversions climbed. These days, marketing is less about how many leads you secure as it is about the value of each lead. You need to reach the right audience—one that buys—and those with whom your content resonates will capture the traffic you need without your help or investment. It’s influencers who generate your best returns, and credible website content easily turns readers into influencers. A gifted website content writer has the competence to attain enough resonance to achieve that.

Today’s consumers don’t part with their hard-earned money to fulfill their needs as they once did. They buy what they want, which is often an idea, not a product. This has effaced old-fashioned concepts of marketing in only two decades, pushing consumer trust to the frontlines.

Your content is not only a way to win trust but Google rank as well. It's the seat of your search engine optimization campaign, but algorithms are advanced enough to penalize poorly-written content, making a website content writer an invaluable asset.

The internet is the only medium that was created for consumers instead of advertisers. Buyers rule the modern marketplace, and content needs to engage them if Google is to rank your site well.

If you're new to SEO, check out our article: What Does SEO Stand For? (And Other Questions You're Embarrased to Ask)

Permission marketing hinges on the premise that reader focus is a privilege, not a right. Marketers who are still hooked on baby boomer marketing concepts remain convinced that they can buy consumers’ attention; an error they’re paying for through obliterated returns.